Players, closer to a Circuit supported by the FIP 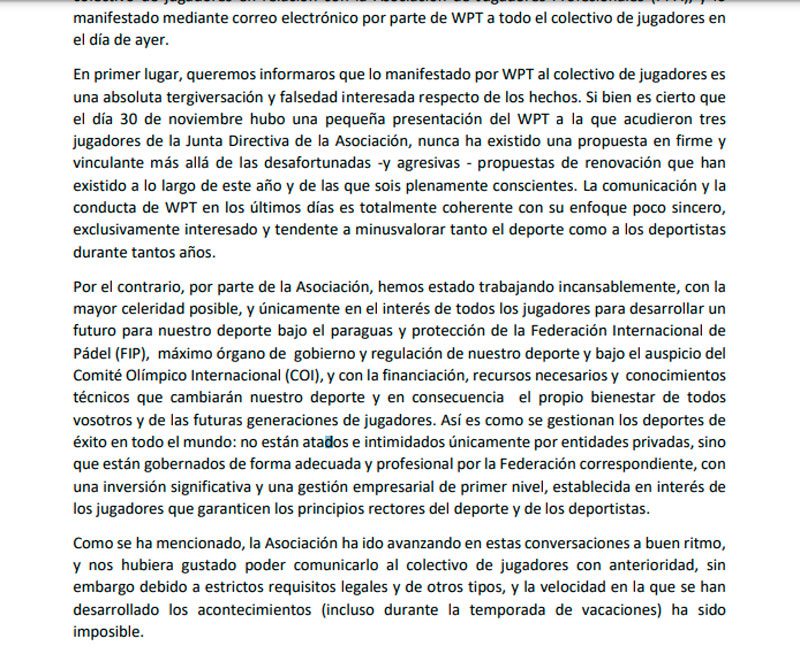 Is the end of the 'WPT Era' approaching?? Well, all the signs seem to point to yes.. The players negotiate with a new Circuit that will have the backing of the FIP

PadelInside .- Alexander Galan, President of PPA, has sent a communication to all the players who compete in the WPT Circuit. In her, there is talk of the conversations that are being held for the implementation of a new Circuit.

In a very direct and forceful writing, it is stated: “What was stated by the WPT to the group of players is an absolute misrepresentation and self-interested falsehood regarding the facts. Although it is true that the day 30 November there was a small presentation of the WPT which was attended by three members of the Board of Directors of the Association, there has never been a firm and binding proposal beyond the unfortunate - and aggressive – renewal proposals that have existed throughout this year and of which you are fully aware. WPT's communication and conduct in recent days is entirely consistent with their disingenuous approach… And exclusively interested and tending to underestimate both sport and athletes for so many years ".

As detailed in said letter: “These conversations have been advancing at a good pace and we would have liked to be able to communicate it to the group of players beforehand.. Nevertheless, due to strict legal and other requirements, and the speed at which events have unfolded has been impossible”.

The end of WPT?

It is still early to tell and even more so when there are commitments signed up to 2023 (that could be 'saved' with an exception from the FIP that, on the other hand, is one of the parties involved in this story)… Either way, what does seem very evident is that the differences with WPT are very important: “Consistent with his conduct and treatment of players over the years, the last proposal received by WPT only responds to its own interests. Only when they are aware that their 'sports business' model is impossible to continue over time, react by simply replicating part (not even everything) of the points agreed by the FIP and the new investment fund. WPT has had numerous opportunities (for months, if not, years) to present us with a solid and worthy proposal with the group of players. They were opportunities that they never took advantage of, as evidenced by their unfortunate renewal attempts during this past 2021. The past and future of our sport under the private structure of the WPT is not governed, regulated or guaranteed by a Federation.; does not have the support of the IOC or other related parties… And treats the players as secondary despite all our repeated protests. No successful sport in the world is managed in these conditions”.

From PPA they pointed out: “The work carried out has resulted in the achievement of a beneficial agreement for the future of our sport. Our sole objective is to improve our sport through transparency and solidarity between players.. So, we condemn any attempt by third parties to try to pit the collective against each other”.

Some very interesting months await us because, before this news, We will have to see how WPT reacts... Whose first test is scheduled for the 22 february, in Miami!! 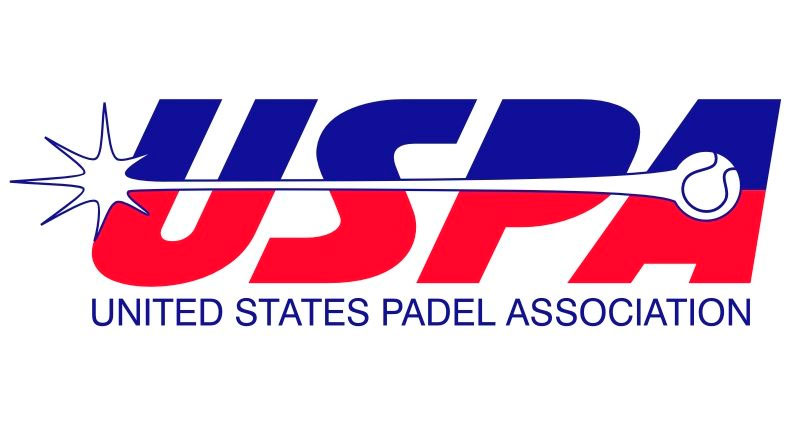 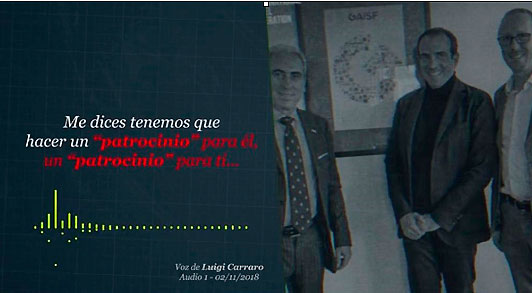